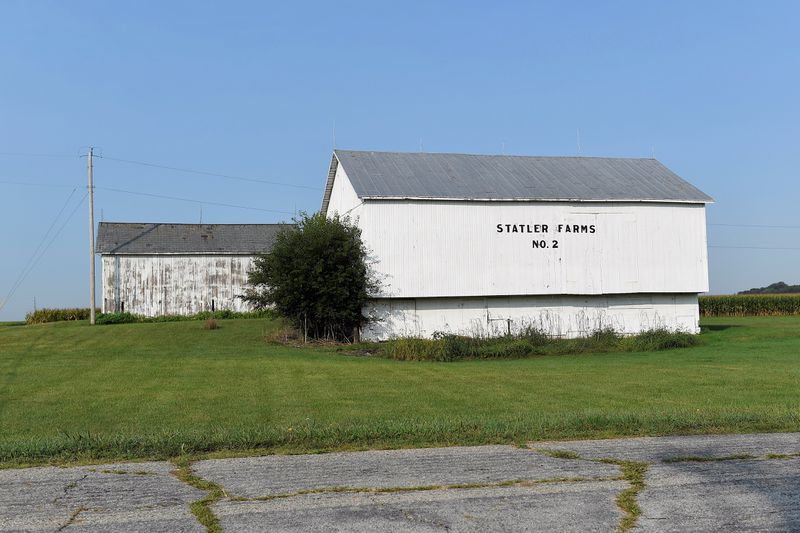 The October auction of more than 485 acres of the Statler Farm and the recent preliminary plan approval for a new corporate park nearby are expected to change the look around the Interstate 75 Exit 78 between Troy and Piqua.

The October auction of more than 485 acres of the Statler Farm and the recent preliminary plan approval for a new corporate park nearby are expected to change the look around the Interstate 75 Exit 78 between Troy and Piqua.

“This is the last undeveloped interchange on I-75 extending from Sidney to northern Kentucky,” said Rich Osgood, Miami County development director.

“I-75 remains a significant commerce corridor that extends from Detroit to Miami, and with the completion of the Gordie Howe International Bridge, will connect the U.S. to Canada unlike any other connection between the two nations,” he said.

The Statler Farm land of more than 485 acres has been broken into seven tracts to be offered at auction Oct. 1 at the Miami County Fairgrounds through Schrader Real Estate and Auction Co.

The auction promotional material touts the land’s I-75 frontage and easy access to and from the interstate at Exit 78.

Portions of the land also front County Road 25A and Experiment Farm and Farrington roads. The farm offers more than 291 acres of tillable land and features houses and other buildings. More auction information is available at SchraderAuction.com

The Statler Farm land lies within the Piqua Opportunity Zone providing an “attractive economic incentive that encourages development of the land,” Schmiesing said. Piqua city water, sewer, electric and fiber infrastructure are  adjacent to the site and ready to support its development, he said.

The county commissioners a couple of years ago paid for an I-75/25A Master Plan, Osgood said. “It is important to add that the plan encourages preservation of agricultural land to the west of the Statler property while providing transitional uses to minimize the impact of potentially harsher uses adjacent to agricultural and even residential uses.  It is a little premature to speculate on end users,” he said.

The I-75 Corporate Park is planned by Bruns Upper Valley Development of Tipp City. The company received preliminary plan approval Sept. 15 from the county Planning Commission. Steve Bruns said he has been working toward the development for 10 years.

The Corporate Park property is 116.5 acres. The preliminary plan calls for 14 light industrial lots ranging in size from five to 37.5 acres.

This property would be served by water and sewer from Miami County.

The Bruns plan “fits very well” into the overall development outlook for the interchange, Osgood said.

“When the interchange was rebuilt a few years ago, Steve Bruns was successful in keeping the old rail overpass that allows access between his property on 25A and the Statler property due west,” he said. “The interior circulation that this offers is consistent with an overall goal of the I-75/25A strategic plan.”